High school is a time of exploration. Because of this, some high school students will throw themselves into sports, hobbies, work, or each other. And because they become preoccupied with focuses outside the classroom, they often miss out on some lessons. They will forget (or choose not) to complete their required readings for English class. You might be one of them, and that’s okay. Just because you didn’t read these classics in high school doesn’t mean it’s too late to read them today. But as we all know, not everything you learned in school is actually worthwhile (looking at you calculus). So here are five books that you were probably supposed to read in high school. And even if you didn’t then, you should strongly consider reading them now.

1.) Death of a Salesman by Arthur Miller 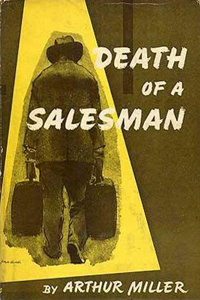 Death of a Salesman is one of the few books I have read that actually made me cry. The narrative is a harsh criticism of “the American Dream.” It shines a negative light on the American society of the late 1940’s, while also damning the overly consumerist attitudes of the time. The story hit really close to home for me on multiple levels. It is one of the rare books that was as good reading a second time in my mid-20’s as it was a decade earlier in my freshman English class.
I also admire Arthur Miller for his critique of American capitalism admirably. Miller accomplished his argument in a way that F. Scott Fitzgerald failed to do so in his novel, The Great Gatsby. Miller delves into ideas of hallucinated grandeur. His narrative grapples with the question of whether success is real or only imagined. More importantly, however, Death of Salesman is as relevant today as it was back then. As long people continue to get caught up in the rat-race of life, continuously chasing dreams, it will always be relevant too.
Yet, the biggest question Death of Salesman asks is one that other contemporaries failed to achieve as well as Arthur Miller did. Does success really matter if you aren’t happy?
<p></p>
<p></p>

Like most books that become classics, Fahrenheit 451 delivers a social criticism that is just as relevant today as it was when it was written. Fahrenheit 451 points out that society often tends to lack an importance (or focus) on intellectualism. Ideas and progress are constantly being censored throughout history. More importantly, Bradbury argues that being complacent is akin to becoming a slave to society.
Bradbury’s dystopian novel is a little heavy handed. It uses real fire as a metaphor for the fiery hatred that often consumes ideas and independent thinking. And Bradbury has received fair criticism for his elitist view of literature. However, the book still carries a great deal of importance. It explains how it is in the government’s best interest to keep knowledge minimal. Many organizations want to restrict thinking because it makes it easier for population control. And this is still true today, even in many democratic societies.
But what is most intriguing about Fahrenheit 451 is the idea that everyone has to be “equal.” In his novel’s future, the word “intellectual” was considered a swear word. Everybody was forced to think in the same way. Authorities were always there to make sure people stayed in line. It was too dangerous to let ideas from thinkers and philosophers permeate through society. Who can’t relate to that?
<p></p>
<p></p> 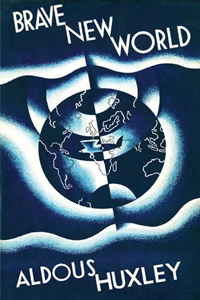 Brave New World was the first book to introduce me to the idea of a dystopian. Most of my reading up until then was awash with young adult books. Books that towed the line of science-fiction, but never said anything quite as profound as Huxley did. In fact, Brave New World was probably the first book I realized was social commentary while I was actually reading it. And it blew my mind.
The narrative in Brave New World deals with a future society were everything is more or less perfect. Society is super stable in Huxley’s vision of the future. There isn’t an oppressive presence like many science-fiction authors like to project into the future. In fact, Huxley does quite the opposite. Everyone is pretty stoked to be having sex with as many partners as they like. Plus, all their needs and wants are mostly, if not entirely, fulfilled. And this is where the genius of Brave New World lies. The main character is still unhappy, despite all this. The book asks the reader quite simply what it means to be happy and if being happy is actually achievable. And in an absurd way, just like Albert Camus, Huxley makes an argument that struggle is the purpose of life and is needed to be genuinely happy.
<p></p>
<p></p> 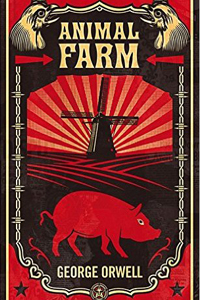 Animal Farm is a novella that was written by George Orwell in the 1940’s. Unlike his other breakthrough bestseller, Nineteen Eighty-Four, Animal Farm employs talking animals to satirize tyranny and totalitarian governments. The novel is allegorical in nature and is meant as a giant stab at all kinds of tyranny.
So why should you read Animal Farm? First off, it is short and simple to read. So you won’t be investing much time and it offers a quick read. However, being short and sweet by no means makes for a classic. The book is heralded as a classic for its rich allusions to history and its allegorical content. It’s also a great learning tool to better understand Marxism and ‘rule of the many by the few’. Even in today’s political climate, the book’s teachings still hold weight.
The third-person narration makes the book read like a fable, adding to its rareness. Animal Farm is unlike many things you have ever read or are likely to read in your lifetime. Despite the many influences it has had on our culture, not many books exist today that match it. Few texts exist with the same allegorical nature, blunt narration, and fable-like storytelling.
<p></p>
<p></p> 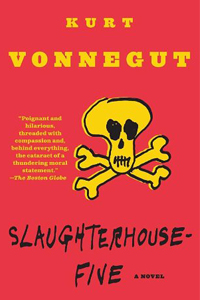 Like other classics that challenge social norms, Slaughterhouse-Five was met with resistance. Many fought against its contents and several times, the book was in jeopardy of being banned. However, unlike others, Slaughterhouse-Five‘s struggle with book-banning never seems to end.  And you might ask why it has been banned on more than one occasion. After all, there are other satirical novels out there. Yet, Slaughterhouse-Five is different. It takes a rather disparaging tone towards war and the events surrounding humanity of the Second World War. Plus, the book tends to be viewed as obscene at some parts.
Still, Slaughterhouse-Five is a grand novel, remaining in print since it was first published in the 1960’s. It also remains one of Vonnegut’s most popular and influential works. And likely, the reason for this is that it manages to capture a social commentary that has transcended time. It also explores an ideal that was uncommon for the time that it was written. Vonnegut really hammers home the idea of shattered dreams by the Great Depression generation despite their dignity and courage. And it does the whole thing with a level of humanity and humor. And people hate being told the truth, especially when it is less than ideal.
<p></p>
<p></p>

A Midsummer’s Night Dream is a comedy written by the famous Shakespeare. It is also one of the most popular works of Shakespeare that is continually adapted to the stage. Yet, what makes it worth reading is the commentary it offers. Shakespeare makes some astute observations on love, time, and the loss of individuality that comes along with it. It also makes some remarkably progressive points concerning the plights of feminism.

HM-2.) The Importance of Being Earnest by Oscar Wilde

The Importance of Being Earnest is basically the Seinfeld of plays. It is a play that is ultimately about nothing. It is as trivial as it is satirical and relies on the great dialogue written by Wilde. If you love modern sitcoms, then look no further than Wilde’s masterpiece. It is one of the few classic plays that will actually have you howling with laughter.

Heart of Darkness is often taught in high schools for one very important reason. Conrad argues that superiority, and the idea of being “civilized,” is all a matter of perspective. He also argues in his book that there is no difference between a “savage” and a “civilized person” in most humans. Because of this, Heart of Darkness raises some great commentary on racism. The well-crafted argument against imperialism also makes it worthy of anyone’s attention.