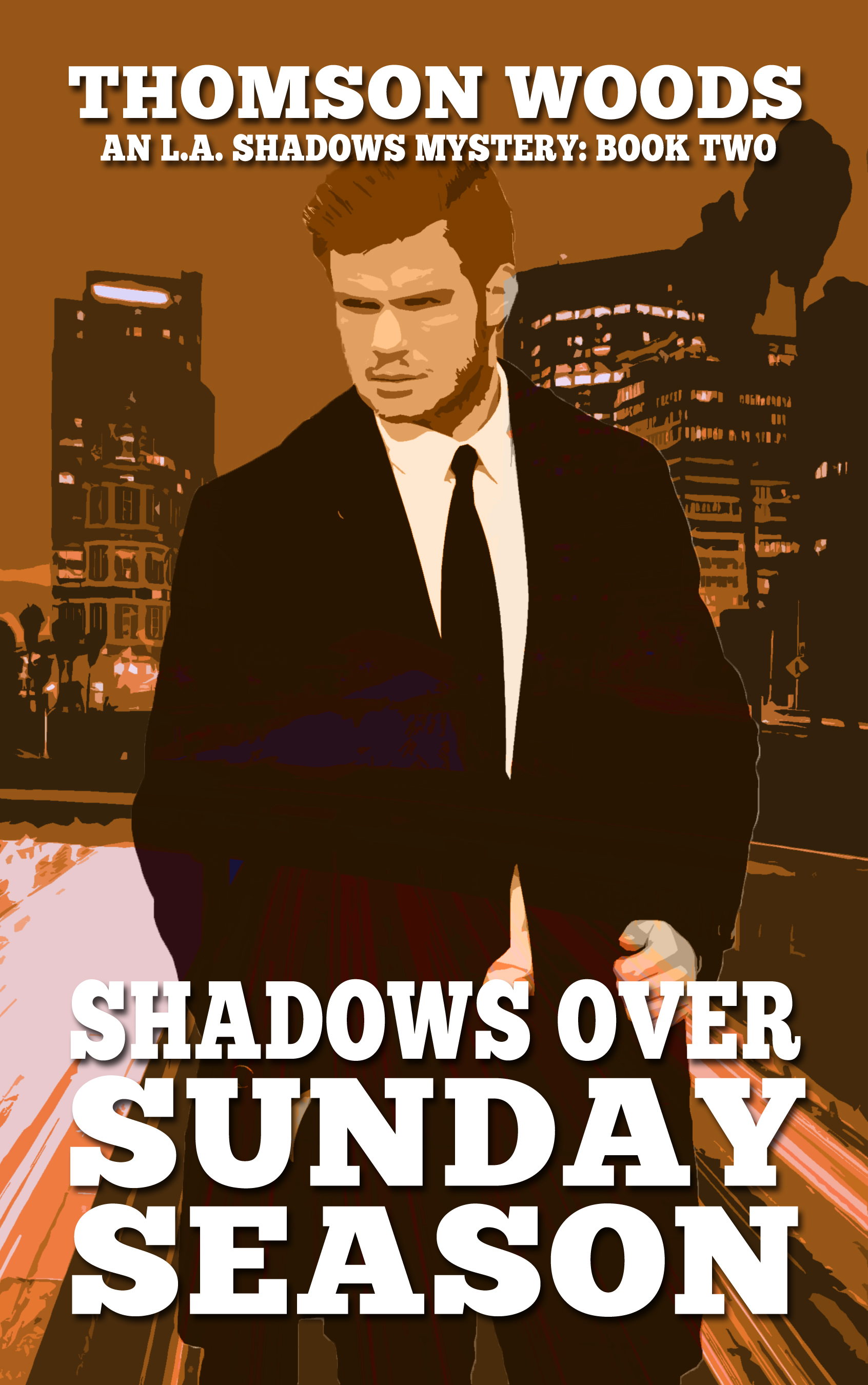 Shadows over Sunday Season is a mystery novel complete at approximately 64,350 words.

Sunday—the perfect day for football and religion. And perhaps crime.

Martin is a pious man with a gambling problem and a love for sports. He’s also a foolish man. A man who believes he can win back the love of his estranged wife and young daughter.

But when Martin’s wager on the hometown football team ends in disaster, a life of crime begins to emerge. A life that starts to spiral out of his control as he believes he is following God’s plan.

Buy it on Amazon!

By Douglas Winslow Cooper on October 8, 2016

“Thomson Woods writes very well. His chapters often start with an authorial insight or two to introduce the action. His characters are vibrantly described, worth getting to know.

An inept gambler and garbage truck driver loses a bet on a pro football game gets $20,000 in debt to his bookie, who is charging him $5000 a week interest, driving him crazy, as described in much detail, and he proceeds to kill gruesomely those he blames for his losses. For a while, the killer is unknown, but even when identified, he is hard to catch.”